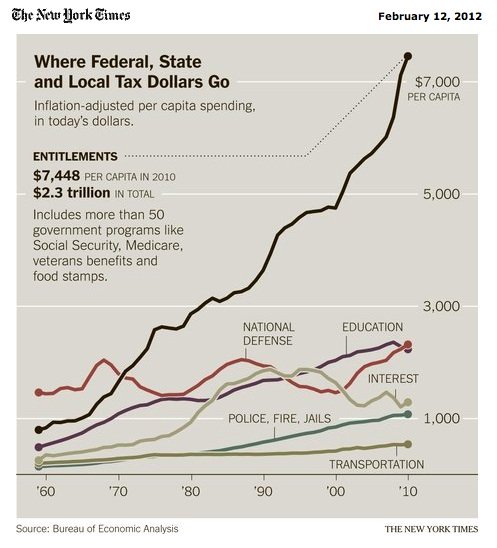 That’s right; federal social spending is now up to more than $7000 per capita. That’s about $30000 for a family of four. And most of this money is being spent on people who are not poor. In fact the proportion spent on the poor has been declining:

Increasingly, federal spending on social programs goes to the middle class. The Times marvels that recipients aren’t always grateful; in fact they often resent the help and sympathize with the Tea Party. The Times never asks what justifies massive payments from the middle class to itself—or, often, payments from those less well-off (e.g., the young) to the more well-off (e.g., Social Security recipients). The result is a rapid growth in dependency on government: