our stock price would be plummeting. That’s the upshot of this report, which is worth studying. The beginning:

Our country is in deep financial trouble. Federal, state and local governments are deep in debt yet continue to spend beyond their means, seemingly unable to stop. Our current path is simply unsustainable. 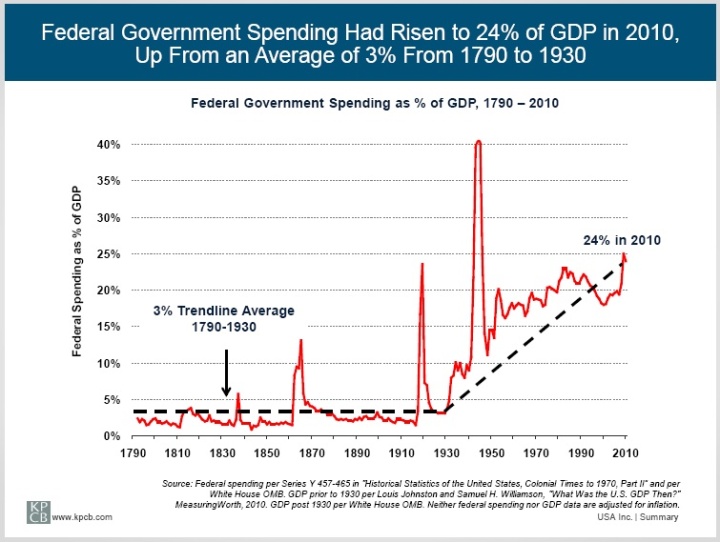 FDR took the federal government from 3% of GDP to about 10% of GDP, a vast increase. Obama has taken it from 19% to 25%—not quite as drastic an increase, to be sure—but to a level previously seen only at the height of World War II.

There are many reasons for the financial troubles of the United States, of course, but the report’s analysis makes it clear that entitlements are the chief source of the trouble. The Great Society was barely noticeable on the chart above, but that’s because the costs of LBJ’s programs were not immediate, but set on a path of very rapid growth: 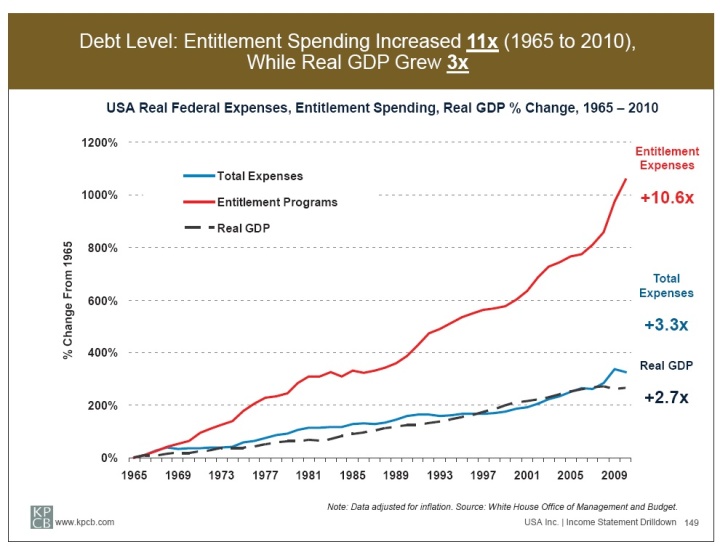 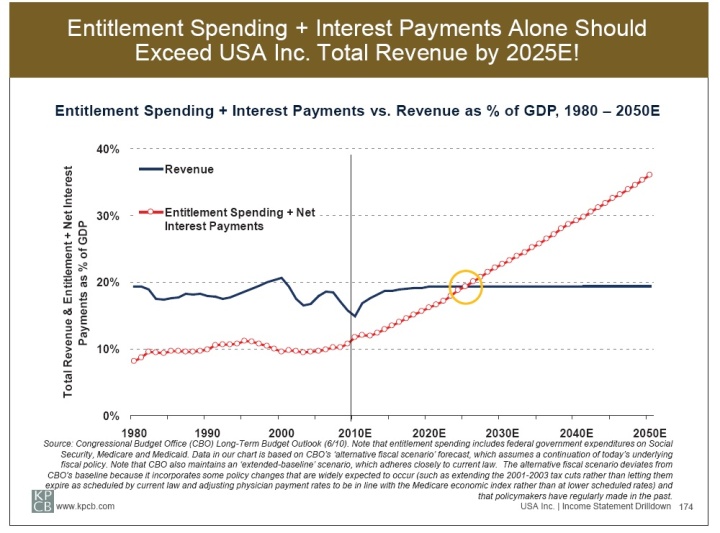 That’s only 14 years away. No wonder there’s a growing movement of labor-skeptic Democrats. Can we raise taxes to deal with the problem? Look again at the slope of that line. Moving to European levels of taxation by doubling the federal tax take would delay the date of swallowing only by about 25 years.

Medicare and Medicaid, even more than Social Security, are the monsters threatening to swallow the entire federal government. In that sense, critics are unfair when they say that Obama concentrated on health care when he should have been concentrating on federal finances. Health care is the most important driver of our long-term budget difficulties. The accurate criticism, I think, is that he addressed the central long-term problem and got it wrong, following the model of the Great Society programs that got us into this mess rather than making hard choices to rein in growth.