The Drudge headline says it all: the U.S. national debt is now the size of the entire United States economy. This is a photo of the national debt clock taken last month: 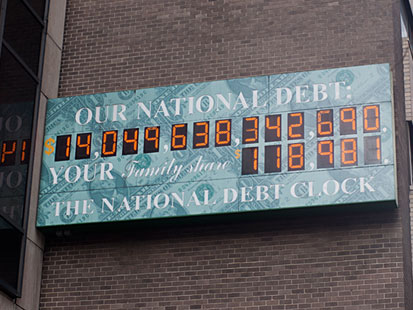 According to President Obama, it will top $15 trillion by year’s end. This, to follow up on my last post, was a shot of the clock in April 2007: 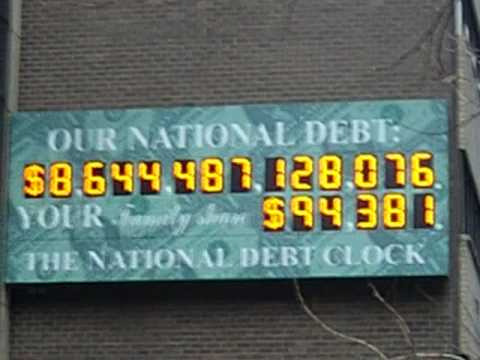 We’ve gone from $8.6 trillion to almost $15 trillion in less than four years. You can see the latest numbers at the U.S. National Debt clock. Each citizen’s share of the national debt is now almost $46,000. That comes to almost $128,000 per taxpayer.

This year’s debt is going to be around $1.6 trillion, and the President’s budget promises to add much more over the coming years. There is a very neat graphical way to explore the budget on that site, which shows where the money’s going: 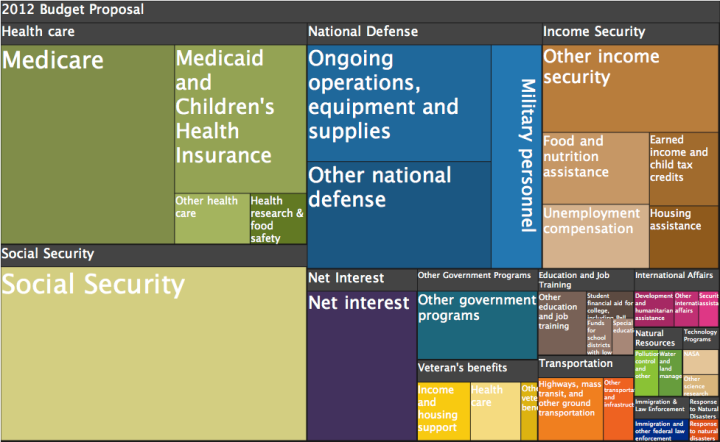 Obviously long-term success in fighting this trend will require tackling entitlements. But notice how large the welfare section (called ‘Income Security’) is. Education and Job Training, Transportation, and Other Government Programs together make up quite a large portion as well. So, the problem isn’t all due to health care and Social Security.

The fine print reveals a White House proposal to increase taxes by at least $1.5 trillion over the next decade. If you want to know how minuscule their proposed $775 million-a-year budget “cuts” really are, please look at this chart. The proposed cuts are so insignificant – less than 1/10 of 1% of this year’s $1.65 trillion budget deficit – that they are essentially invisible on the pie chart. That speaks volumes about today’s budget.