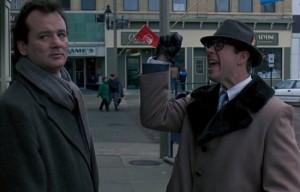 There is an actor out there that we’ve all seen, but his name escapes your memory unless you’re a big fan. Stephen Tobolowsky is the actor I am thinking of. Why? Listening to The Ticket out of Dallas recently, Tobolowsky was interviewed by BaD Radio. He is a fascinating interview, talking of how he broke his neck and survived, his high school rock band’s fill in guitarist Stevie Ray Vaughan, and of course the movie Groundhog Day.

I found the website The Tobolowsky Files somewhat by accident. There I found podcasts of Stephen’s on various topics. I downloaded an episode where he talks about his experiences on the making of Groundhog Day (episode 29). To me, very interesting and nicely done, plus quite humorous.

So here’s another podcast recommendation: Stephen Tobolowsky and The Tobolowsky Files. He is also on Twitter and of course Facebook.

PS if I find a BaD Radio podcast with the interview, I will update.

One thought on “The Tobolowsky Files”