I have been surprised, and even a bit amused, to see the Left wrestle with the meaning of the tea parties that have sprung up across the United States over the past year or so. Some of what they have said is ridiculous, and surely insincere; can anyone actually believe that the tea parties are about race?  J. M. Bernstein, writing in The New York Times, theorizes that the tea parties are ultimately about metaphysics—in particular, what he calls “the myth of individual autonomy.”

My hypothesis is that what all the events precipitating the Tea Party movement share is that they demonstrated, emphatically and unconditionally, the depths of the absolute dependence of us all on government action, and in so doing they undermined the deeply held fiction of individual autonomy and self-sufficiency that are intrinsic parts of Americans’ collective self-understanding….

Tea Party anger is, at bottom, metaphysical, not political: what has been undone by the economic crisis is the belief that each individual is metaphysically self-sufficient, that  one’s very standing and being as a rational agentowes nothing to other individuals or institutions.    The opposing metaphysical claim, the one I take to be true, is that the very idea of the autonomous subject is an institution, an artifact created by the practices of modern life: the intimate family, the market economy, the liberal state.  Each of these social arrangements articulate and express the value and the authority of the individual; they give to the individual a standing she would not have without them.

There’s something to this, but not what Bernstein thinks.

For all those on the Left, let me explain the tea parties in simple terms: 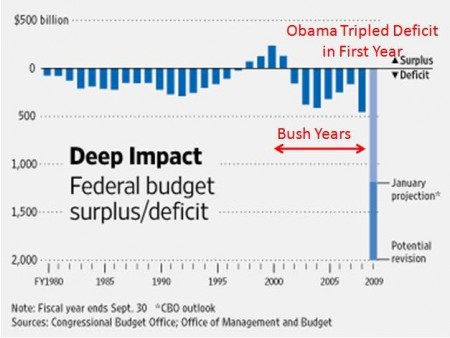 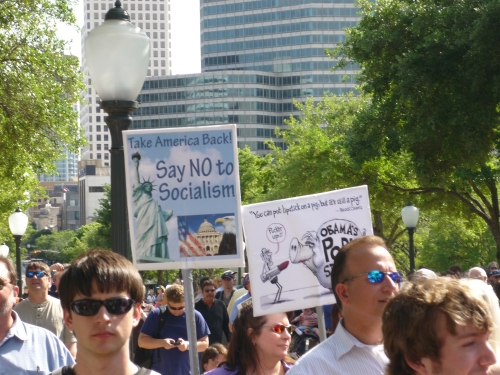 But I said there was something to Bernstein’s thesis. There is a philosophical foundation to the tea party movement. The movement isn’t restricted to this philosophical stance; anyone can and should be worried about financial and Constitutional irresponsibility. Anyone can look at the Communist nations or at European socialism and find its low-growth, high-unemployment, low-innovation record something to be avoided. Still, most tea partiers think there are principled, rather than merely pragmatic, limits to the growth of government’s power over the individual.

The tea partiers are not nihilists:

In truth, there is nothing that the Tea Party movement wants; terrifyingly, it wants nothing.  Lilla calls the Tea Party “Jacobins”; I would urge that they are nihilists.

This is stupid. I put it that bluntly because, earlier in his article, Bernstein makes it clear enough what the tea partiers are: they are Lockeans. They believe that government governs legitimately only with the consent of the governed. They believe that people have natural, inalienable rights to life, liberty, and property. They believe this not because they think of individuals as removed from any sort of social setting or relations of dependence with other people, but because they are capable of drawing a distinction Bernstein isn’t: between society and government.

The issue is not the metaphysical question identified by Bernstein, of whether individual precedes society or vice versa. That’s a chicken-and-egg question on which tea partiers may remain agnostic, or take whatever position they like. The real issue is the status of the state. Bernstein writes,

It is by recognizing one another as autonomous subjects through the institutions of family, civil society and the state that we become such subjects; those practices are how we recognize and so bestow on one another the title and powers of being free individuals.

There is a huge difference between the family, voluntary civic associations, and the state. My family, my church, my political party, and my employer cannot imprison me. They cannot put me to death. They cannot fine me or seize what I have. They cannot tax me. Their power is restrained by my ability to walk away. Not so with the state. What is the source of its authority over me?

The tea partiers have an answer, the answer of Locke, of the American founders, and of the Constitution: my consent. That’s a position with a long and venerable history.

Bernstein, as far as I can see, has no answer. The figures he admires do, but those answers have led, over the past two centuries, to tyranny and the deaths of hundreds of millions of people. And the tea partiers are the nihilists?