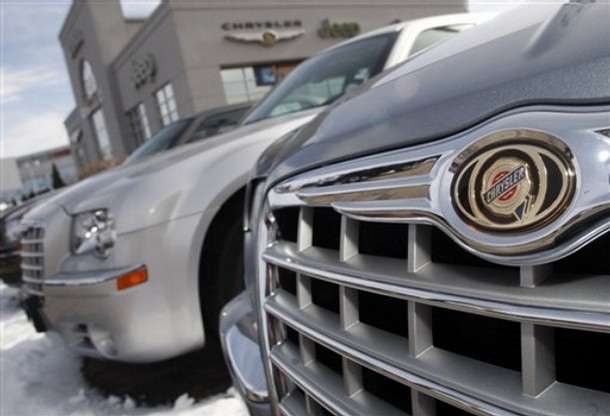 Doug Ross and Gateway Pundit have been hammering the theme that the choice of Chrysler dealerships to close has been driven by politics.  Read the statistical and anecdotal evidence here.

Then compare the smug dismissal of all this on the left.  88% of auto dealers’ political contributions have gone to Republicans over the past few years; 92% of the contributions of the dealerships slated to be closed went to Republicans (actually, it seems to be more like 98%, with only .1% going to Obama); the difference is “insignificant”; so, no problem!  No distinction between owners and employees; no attempt to get data on sales, profitability, etc.; no questioning of the process, which is mysterious but seems to include no one from Chrysler.

But while this kind of abuse of government power is shocking, it really shouldn’t be.

Government is an engine of wealth redistribution, and when it gains control of businesses, it redistributes wealth in a way that benefits its supporters. That is what government always does, no matter how it disguises it.

That is why despite all the leftist wishful thinking in the world, centrally planned economies are corrupt, inept and inefficient….

No doubt there is a long list of industries that Obama will be happy to “bail out”, and by bail out, we mean of course spend billions in taxpayer owned debt to take over, carve up and hand out to their supporters.

The rape of the American auto industry by Obama and his henchmen was a classic case of a gang of politicians robbing the country blind in order to provide patronage to their backers, both at the union and the dealership level. But that is par for the course.